From Ancient times to Middle Age, from craftsmanship to a serious profession, see the development of dentistry through the years.

In 5000 BC the Sumerians start researching the cause of tooth decay. A text from these times describes “tooth worms” as the most probable reason for it.

The year 2600 BC marks the death of Hesy-Re – an Egyptian scribe know as “the first dentist”. This is the earliest found proof for a person practicing dental medicine. On his tomb with the following title is stated: “The greatest of those who deal with teeth, and of physicians”.

Various dental diseases and toothache natural medicines are described in an Egyptian text dated from 1700-1550 BC.

Dentistry appears to be a topic for the old Greek philosophers as well. In the years 500-300 BC Hippocrates and Aristotle write about tooth eruption, tooth decay treatment methods, gum disease, tooth extraction with forceps, wires application for stabilizing loose teeth and fractured jaws.

The first evidence of using gold crowns and fixed bridges dates from 166-201 AD and refers to the Etruscans.

Dentistry as a profession – Middle Age

In 700 a Chinese text mentions the first use of a type of amalgam, called “silver paste”.
Half of century later, in 1210, a specific Guild of Barbers is founded in France. Barbers are separated into two groups: surgeons to perform complex surgeries, and barber-surgeons (or lay barbers) to perform more routine services including shaving, bleeding and tooth extractions. The second group is later forbidden to practice any other surgical procedures except for bleeding, leeching, cupping, and tooth extractions.

In 1530 the first book entirely devoted to dentistry is written by Artzney Buchlein and published in Germany. It covers a lot of practical topics, including drilling teeth and gold fillings placement.

In 1575 Ambrose Pare, also know as the Father of Surgery, publishes his complete works in France. It includes practical knowledge about dental topics such as tooth extraction, treatment of tooth decay and jaw fractures. 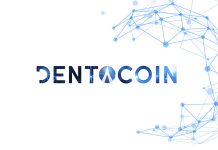 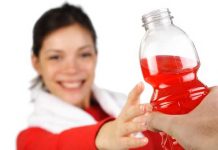 Why are Energy and Sports Drinks bad for your teeth? 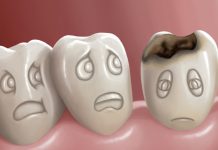 How many caries do you think you have?

The art of smizing – smiling with eyes